The Humane Society of the United States and Humane Society Legislative Fund applaud the decision by the U.S. District Court for the Northern District of Texas upholding the constitutionality of the Horseracing Integrity and Safety Act. 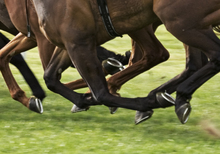 While the racetrack safety portion of the Horseracing Integrity Act goes into effect on July 1, we're anxiously awaiting selection of an agency to oversee the drug enforcement element of the law.
© 2016 by Mark Higgins New window.

The decision was announced on March 31. The organizations expect the U.S. District Court for the Eastern District of Kentucky to come to the same conclusion in a separate case.

“We were joined by key stakeholders in the horse racing industry to pass the law to protect horses from illicit drugs that mask pain or enhance their performance, leading to fatal breakdowns,” said Kitty Block, president and CEO of the Humane Society of the United States. “The Horseracing Integrity and Safety Act will also improve conditions on tracks that are a danger to horses and their jockeys.”

“The court’s upholding the intent of the Horseracing Integrity and Safety Act is a win for the Authority created by the new law, but more importantly the horses who will benefit from safer tracks,” said Sara Amundson, president of Humane Society Legislative Fund. “While the racetrack safety portion of this law goes into effect on July 1, we’re anxiously awaiting the selection of an agency to oversee the crucial drug enforcement element of the law.

We urge the organization to move swiftly to negotiate a contract with an anti-doping agency that can fulfill the mandate of Congress to rein in American horse racing’s drug habit. The lives of racehorses are at stake, and time is of the essence.”

Founded in 1954, the Humane Society of the United States fights the big fights to end suffering for all animals. Together with millions of supporters, we take on puppy mills, factory farms, trophy hunts, animal testing and other cruel industries.

With our affiliates, we rescue and care for tens of thousands of animals every year through our animal rescue team’s work and other hands-on animal care services. We fight all forms of animal cruelty to achieve the vision behind our name: A humane society.

Learn more about our work at humanesociety.org. Subscribe to Kitty Block’s blog, A Humane World. Follow the HSUS Media Relations department on Twitter. Read the award-winning All Animals magazine. Listen to the Humane Voices Podcast. 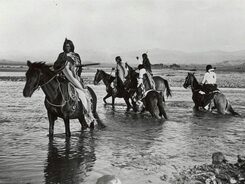 Boehringer Ingelheim and the Equine Network Collaborate on …