Equine Advocates will present Willie Nelson with the 2020 Safe Home Equine Protection Award for his work to end the slaughter of America's horses during a special webcast to appear on Equine Advocates website, Facebook page and YouTube channel on Saturday, September 26, 2020. 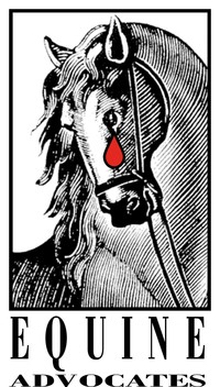 Equine Advocates will present Willie Nelson with the 2020 Safe Home Equine Protection Award for his work to end the slaughter of America's horses.
© 2020 by Equine Advocates New window.

The star-studded virtual online gala and telethon will be hosted by Bebe Neuwirth and Phil Bayly with special appearances by Sheryl Crow and Ali MacGraw. Andrea Eastman will also be honored.

"Willie Nelson is the 19th recipient of this award since 2002," said Equine Advocates President, Susan Wagner. " He is so deserving of it for his work to protect horses. We are delighted to be preceding the broadcast of Farm Aid on the same day.

The entire day will be focused on Willie Nelson for his humanitarian efforts to help horses and for his decades of work on behalf of America's family farms. How great is that?"

Nine-time Grammy Award-winning singer/song writer, Sheryl Crow will be making an appearance during the webcast with a special message for her good friend and fellow horse lover, Willie Nelson. They recently recorded the song, "Lonely, Alone" together. The music video for the song includes footage of Nelson with some of his rescued horses.

Actress Ali MacGraw, who appeared in such iconic films as "Love Story and "The Getaway," will be presenting Andrea Eastman with the 2020 Equine Savior Award for her decades of work and activism on behalf of America's wild and domestic equines.

The program will be hosted by two-time Emmy and Tony Award-winning actress, Bebe Neuwirth, who was the recipient of the Safe Home Equine Protection Award in 2009. Co-hosting will be author and former news anchor, Phil Bayly, who was the morning news anchor for WNYT, the NBC affiliate in Albany for 15 years.

An amazing line-up of artists will be performing during this celebration and telethon. They include Tom Chapin, The Gibson Brothers, Cathy Grier, Brooke Moriber and Livingston Taylor

The webcast will begin at 6 PM Eastern Standard Time on Saturday, September 26th. Please check your time zone for the start of the program in your area. Also, please visit Equine Advocates website: www.equineadvocates.org and official Facebook page, https://www.facebook.com/equineadvocates.org/ for more details and updates. 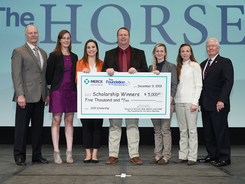 Equine Advocates To Honor Willie Nelson For His Work To End …