Nouvelle Veterinary, Inc, the makers of Cur-OST® anti-inflammatory supplements for horses has just released the findings of a preliminary study evaluating oxidative stress in a small population of Thoroughbred race horses. 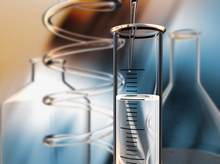 Evaluating the levels of free radicals and antioxidants

Nouvelle Veterinary has just released the findings of a study evaluating oxidative stress in a small population of Thoroughbred race horses.

The study was completed in order to evaluate the levels of free radicals and antioxidants in a small population during a defined rest period as well as after induction of training.  Oxidative stress is a major component of the inflammatory cascade which can accompany many equine conditions and ailments including arthritis, respiratory conditions as well as exercise intolerance.

The study findings revealed not only a higher than anticipated level of free radicals amongst the horses, but also a lower than expected antioxidant reserve.  Free radicals are produced as a result of many factors, including the process of respiration as well as other influences such as diet, environment, medications, stress and exercise.  Antioxidants are vital nutrients needed in the diet to help extinguish the free radicals in order to prevent potential health consequences.

The overall question remains as to what the impact of the elevated free radicals and diminished antioxidant reserves is on the overall health of the race horse as well as performance.  Nouvelle Veterinary, Inc. is planning to further investigate the group of horses over the next 30-60 days, evaluating actual impact of supplementation on performance times, antioxidant reserve levels as well as lactate levels before and post exercise.

The research study can be viewed at http://www.nouvelleveterinary.com/Oxidative%20Stress%20in%20a%20Small%20Population%20of%20TB%20Racehorses.pdf or by visiting www.curost.com and clicking on our "How Cur-OST Works" section and scrolling to our research information. 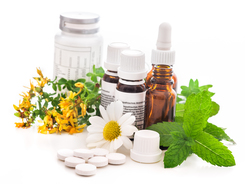 Detect and Monitor Equine Inflammation Due to Infection in …