Wildfires continue to burn thousands of acres across western North Dakota — one of which started over the weekend in the North Unit of Theodore Roosevelt National Park in horse pasture land. 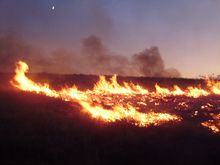 Citing optimism, Ross says there can be benefits, given the right conditions, and If we get precipitation on top of this back burn, we're going to see some really nice green grass.
© 2017 by Famartin New window.

Approximately 3,000 acres have burned in the north unit of Theodore Roosevelt National Park as of Monday afternoon, leading to more long days for firefighters in the area.

As of Monday evening, the cause of the fire is still unclear. See more details Here.

Incident Commander Jay Mickey said, “It’s been undetermined, and most likely human-caused. There’s no lightning in the area.”

Winds continue to play a big role in battling the fires.

Superintendent of Theodore Roosevelt National Park, Wendy Ross, said, “Now we’re seeing the winds shift about 180 degrees from the winds that we saw yesterday, and they’re a lot stronger.”

Ross says the conditions have brought about some grim expectations.

Ross said, “I expect, we will see some spot fires, I expect we will be chasing some of that active fire outside of these protected zones.”

Mickey reports no loss of wildlife or structural damage at this time.

Citing optimism, Ross says there can be benefits, given the right conditions.

She said, “If we get precipitation on top of this backburn, we’re going to see some really nice green grass coming in.” 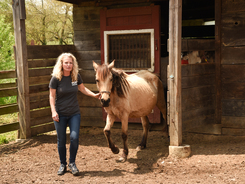