Inbreeding has played a key role in the improvement of livestock breeds, resulting in more uniform populations with highly specialized performance traits. Selection for desirable traits entails identifying individuals with superior performance and often mating them to relatives (inbreeding) who possess the same superior traits.

The overall performance of horses is complex, involvng over 20,000 genes and probably millions of other functional elements.
© 2016 by kyslynskaha New window.

The goal of this practice is to increase the frequency of the desired characteristics and thus of the beneficial genes in the offspring. At the same time, negative consequences of inbreeding are well known. In small populations such as captive bred species, the loss of diversity associated with inbreeding is a major concern, and significant losses of diversity may lead to extinction.

The increased expression of recessive deleterious genotypes can also lead to embryonic loss or other defects, some of which can be fatal. Furthermore, inbreeding can lead to a phenomenon called inbreeding depression. Inbreeding depression is commonly manifest in poor performance of traits that are complex (due to contributions of many different genes), such as fertility and athleticism.

Mindful of the dangers inherent with inbreeding, breeders traditionally balance the benefits and dangers of inbreeding by monitoring their breeding stock, culling poor performers and avoiding matings of closely related individuals.

Recently, genetic tools have become available that provide an alternative approach to unambigu- ously quantify and manage inbreeding relative to the traditional use of pedigrees. Today, a genomic survey of a horse’s DNA may cost $70 to $180.

A comprehensive whole genome sequence, including analyses, may cost $1,000 to $2,500. So far, over 1,000 horses have had their entire DNA sequenced in connection with research projects.

Those genome sequences have been used to iden- tify the genetic bases of diseases, coat colors and even some performance traits. Nevertheless, the overall performance of horses is complex, involving over 20,000 genes and probably millions of other functional elements.

Studying genes one at a time is unlikely to be effective to significantly improve performance. Genomic tools, however, make it possible to identify associations between the genome and traits that contribute to success or which may cause problems.

One of the areas in which genomics excels is in determining levels of inbreeding. An animal’s inbreeding coefficient is the likelihood that both parents transmitted the same piece of DNA to their offspring that they each inherited from a common ancestor.

Traditionally, we measured inbreeding by identifying all common ancestors – those that appear in the paternal and maternal sides of an individual’s pedigree.

After common ancestors are identified, the relationship between the parents of the individual in question can be calculated. Using this method, on average, pedigree-based inbreeding coefficients for Thoroughbred horses are reported to be between 12.5%-13.5%, however individual horses may have values that range from less than 5% to over 20%.

This is not surprising since pedigrees inaccurately assume a random and equal transmission of genes each generation. Which variant of each gene is inherited, however, is not predictable. For example, full-siblings share, on average, 50% of their genes; however, at any particular part of the genome they may share 0, 50, or 100%.

Further, genes are not randomly distributed in a breed since selection practices are applied in mating horses. If we are good breeders, the genetic constitution of our current generation is not a random representation of the ancestors, but rather, a selection of the genes contributing to their success.

There are other ways to apply genomics to horse breeding. As noted above, both the genome and the traits we value are complex. Our genomic tools are powerful, and we can begin to seek genetic patterns correlated with measures valued by horse owners.

The limitation for such studies is the quality and availability of data for traits related to fertility, conformation, durability and athleticism. Collecting these data and using genomics to identify genes associated with these complex traits would be a more sensible way to improve performance rather than simply seeking to limit inbreeding. 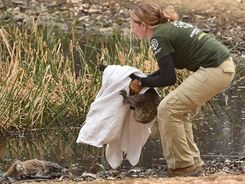 The Pros and Cons of Peat Moss Bedding for Your Horse

The Ride Podcast by Horse and Rider Features Adoptable …