Research scientists at the University of Cordoba have developed a new method that improves the quality of frozen horse sperm by reducing ice crystals that form during cryopreservation.

A new method that improves the quality of frozen horse sperm by reducing ice crystals that form during cryopreservation has been developed by scientists.
© 2017 by OIST

Cryopreservation is a freezing method that stores spermatozoa to be used for reproduction. Although it is a widespread process, its main issue is the ice formation that occurs during said process, which ends up affecting sperm structure and quality. In order to diminish this harm, usually permeable cryoprotectants are used, which are substances that penetrate tissues and act inside cells in order to stop ice crystals from forming when temperatures go down.

Though these kinds of substances improve the process, they are far from perfect. Upon entering a cell, they damage the sperm membrane and cause permanent harm that affects fertility.

Facing this issue, the Veterinary Reproduction research group from the University of Cordoba Animal Medicine and Surgery Department came up with an alternative that improves the quality of spermatozoa when they are frozen. After researching with a group of samples of horse sperm provided by the Centro Militar de Cría Caballar de Ávila (Avila's Horse Breeding Military Center), the research group opted to use a different, less invasive kind of cryoprotectants.

These kinds of impermeable cryoprotectants are substances that protect the spermatozoon but instead of acting on the inner part, they act on the external part of the cell. Specifically, the researchers used protectants made up of Bovine Serum Albumin, a sugar whose main function is to increase viscosity and dehydrate the cell, which in turn decreases ice formation that happens in the freezing process.

As the lead author of the research project, Dr. Consuegra, points out "Once we determined the appropriate concentration of this cryoprotectant that had to be used, we observed that the results were similar or even better than when using glycerol, the traditional permeable cryoprotectant." In addition, the research group has determined that this new method better protects the acrosome, a small deposit located at the tip of the spermatozoon that contains certain enzymes.

The group's next challenge, according to its members, is to employ these same cryoprotectants using vitrificaiton, a freezing method in which the sample is directly put in liquid nitrogen and the drop in temperatura is much faster compared to other conventional methods. In this way, even less harm would be done to the sperm. 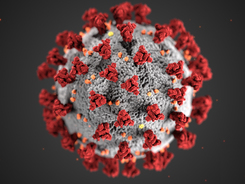 Do You or Someone You Know Need Options or Resources to Help Horses At-Risk?

Equine Research Foundation - A Learning Resource for Anyone …