Bucket lists are out. Life lists are in; So in the tradition of on-the-road buddies, Lewis and Clark, Crosby and Hope, Butch and Sundance, or maybe Thelma and Louise, we're saddling up!.
© 2018 by Austin Community College New window.

Of Horse, Human and Nature, featuring keynote speaker, Dr. Temple Grandin, and hosted in Dillon, will take place September 9-11, at the Montana Center for Horsemanship, in partnership with Montana Western.

While travel writing, for a client who provides curated international horseback adventures, Sokolowski has learned how experts like Uniglobe Travel Designers see people no longer putting travel plans on the backburner. They want to collect experiences over souvenirs.

“Bucket lists are out. Life lists are in. So in the fine tradition of such on-the-road buddies as Lewis and Clark, Crosby and Hope, Butch and Sundance, or maybe Thelma and Louise, we’re saddling up, and who knows what that will bring? From the prairie to the Badlands, the Rockies and finally, Dillon, where incredible horse people and editorial inspiration awaits, our posts and live feeds should be anything but boring. We ride,” she winked, “at dawn.”

Of Horse, Human and Nature features renowned voices in education and horse/human relationships, including Dr. Barbara Baker, President/CEO of Pittsburgh Zoo & PPG Aquarium (the only institution in the world incorporating natural horsemanship into wildlife management) and Bernice Ende, recognized by The Long Riders Guild as an ambassador for long distance exploration on horseback, as no other living woman has ridden more miles solo (29,000+).

In conjunction with the conference, the EQUUS INTERNATIONAL Film Festival will feature professionally judged, award-winning films and works-in-progress inspired by the horse.

L.A. Sokolowski is an award-winning multi-platform journalist and image consultant in New York covering equestrian sport, welfare, lifestyle and culture since 1992. Sokolowski and Berry co-founded the popular His & Hers column appearing in Elite Equestrian magazine since 2012. Connect on IG @LA_Sokolowski, Twitter @LAtheEquinista, FB @latheequinista, or latheequinista@gmail.com, (646) 920-9510, and charlesjoseph.berry@gmail.com, FB @charles.j.berry. 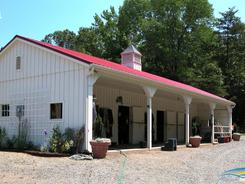