Equine influenza virus (EIV) is a common, highly contagious equid respiratory disease. Historically, EIV outbreaks have caused high levels of equine illness and economic damage. Outbreaks have occurred worldwide in the past decade. The risk for EIV infection is not limited to equids; dogs, cats, and humans are susceptible. 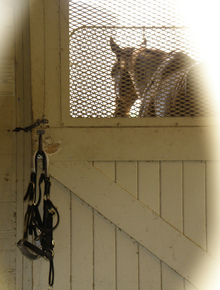 Increased international commerce in horses, along with difficulties in controlling EIV with vaccination, could lead to emergent EIV strains and potential global spread.
© 2017 by Smerikal New window.

In addition, equids are at risk from infection with avian influenza viruses, which can increase mortality rates. EIV is spread by direct and indirect contact, and recent epizootics also suggest wind-aided aerosol transmission. Increased international transport and commerce in horses, along with difficulties in controlling EIV with vaccination, could lead to emergent EIV strains and potential global spread.

We review the history and epidemiology of EIV infections, describe neglected aspects of EIV surveillance, and discuss the potential for novel EIV strains to cause substantial disease burden and subsequent economic distress.

Serious outbreaks of EIV have occurred throughout history, causing substantial economic distress worldwide in the 19th and 20th centuries.

The most common clinical signs of EIV infection in equids are fever, lethargy, anorexia, nasal discharge, and a nonproductive dry cough. Mortality rates are generally low during EIV outbreaks; death is most common among foals or equids with preexisting poor health.

Horses usually recover in 2 weeks with rest, but clinical signs, especially cough, can persist. EIV can result in a secondary bacterial bronchopneumonia, which can be fatal, particularly in young horses.

Along with loss of life, the rest period required for equine recovery can cause economic hardship in areas where people rely on equids for income, such as for transportation or milk. EIV outbreaks also can disrupt economic drivers, such as the horse racing and show industries.

EIV often is overlooked as a disease threat outside of equine communities, despite its known historical commercial importance and current zoonotic potential.

Equine influenza is a highly contagious virus with the potential to cause global harm. The 2007 EIV outbreak in Australia demonstrated the economic impact the virus can have when introduced into a previously unexposed equine population.

Although the role of humans in EIV evolution is unknown, historical and serologic evidence suggests EIV has zoonotic potential and is known to infect other nonhuman species. Historical review suggests the 1889 human influenza pandemic might have been of equine origin, with equids playing the role that swine play in modern outbreaks.

With all this in mind, we posit that EIV should be recognized as a potential epidemic, if not pandemic, threat.

Lead Investigative Scientist Alexandra Sack: At the time of this research, Dr. Sack was a postdoctoral associate with the School of Medicine and the Global Health Institute at Duke University. She is now a postdoctoral fellow at Tufts Clinical and Translational Science Institute, Boston, Massachusetts, USA. Her primary research interests include zoonoses, specifically involving human, livestock, and wildlife interactions. 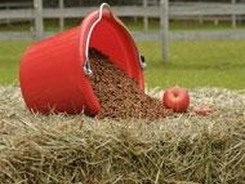 Nutritional Deficiencies and How They Affect Horses

Insulin and Weight in Horses