Diarrhea is an uncomfortable but minor problem for most people and animals. However, in horses, diarrhea can more easily turn deadly—killing some 25 to 30 percent of affected animals.

Horses and foal in a green pasture

According to Caroline McKinney, an internal medicine resident at Tufts Equine Center, that is because horses often lose a large volume of fluid and are extremely sensitive to toxins that come from bacteria in their gut.

Now an experimental treatment borrowed from human medicine has appeared so promising in helping horses with diarrhea that it has become standard practice at the Cummings School.

Known as fecal microbiota transplantation (FMT), veterinarians take manure from a healthy donor horse and put it in the gut of the horse with diarrhea. Although exactly how FMT works has yet to be determined in veterinary or human medicine, the hypothesis is that it repopulates a patient’s depleted gut bacteria to restore its natural species richness—normalizing the gastrointestinal microbiome.

In the horse, this internal ecosystem is made up of hundreds of species of bacteria, fungi, and protozoa that work either for or against its health.

The variety of flora in the gut is one of the things that makes treating diarrhea so tricky, especially when it’s related to bacterial overgrowth.  Antibiotics, which are typically used in the fight against bacterial infections, kill off many bacteria, including both beneficial and harmful bugs.

This exacerbates and prolongs the course of diarrheal disease, and it may even contribute to antibiotic resistance down the road according to Dr. McKinney.

Scientists reason that adding healthier, more diverse microorganisms to the gut helps rein in any diarrhea-causing bacteria, and research supports this view.

In a systematic review of its clinical use in people, fecal transplants cured upward of 80 percent of antibiotic-resistant infections caused by Clostridium difficile, a potentially deadly diarrheal superbug.

Versions of fecal transplants have been practiced in human medicine—and even for animals—for a long, long time, McKinney said.

“Eastern medicine has been doing a form of fecal transplant for centuries” in people, she said. “And young foals instinctively eat mares’ manure to establish their gut flora.”

Therefore, it makes sense that fecal transplants are likely to become an import part of veterinarian treatments for horses of all ages with diarrhea. 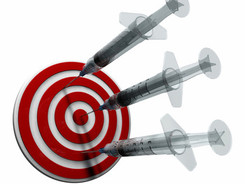 How Does Insulin Cause Laminitis …

Key Dog Health Advice to Ensure Their Wellness In and Around …

Clean Hay Is a Kentucky Consensus