The American Association of Equine Practitioners (AAEP) today announced its support of the Ejiao Act (H.R. 5203), legislation introduced in the U.S. House of Representatives on September 10 by Rep. Don Beyer (VA-08) that would prohibit the sale or transport of any ejiao products made from donkey skins. 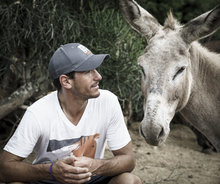 Brooke photographer with donkey in Guatemal

The trade in donkey skins has created immense suffering for the animals and those affected by their loss.
© 2016 by Enrique Urdaneta New window.

Ejiao is a gelatin used in Chinese beauty products and traditional medicines that is made by boiling donkey skins. According to Brooke, an international charity focused on the welfare of working equines, demand is estimated to be 4.8 million skins each year, a rate that would wipe out half the world’s donkey population within 5 years.

The United States is the world’s third largest importer of ejiao, with $12 million worth of imports each year.

The AAEP in 2018 joined with international equine welfare organizations in denouncing the inhumane transport and killing of donkeys to satisfy the escalating global trade of donkey skins.

Beyond welfare concerns for the animals’ treatment, the issue is especially devastating in developing countries where donkeys are essential to the livelihoods of millions of the world’s poorest people.

Families lose their income overnight because of donkey theft. The loss of a donkey also jeopardizes the transport of children to school and limits the growth of women in community-related roles.

“The trade in donkey skins has created immense suffering for the animals and those affected by their loss,” said AAEP President Scott Hay, DVM. “The AAEP is proud to support both the Ejiao Act and the ongoing work of equine welfare organizations to end the inhumane treatment of donkeys affected by the trade in skins.”

AAEP members in the U.S. are encouraged to contact their representative and ask them to support the bill and become a co-sponsor. Contact information is available at house.gov/representatives.

The American Association of Equine Practitioners, headquartered in Lexington, Ky., was founded in 1954 as a non-profit organization dedicated to the health and welfare of the horse. Currently, AAEP reaches more than 5 million horse owners through its over 9,000 members worldwide and is actively involved in ethics issues, practice management, research and continuing education in the equine veterinary profession and horse industry. 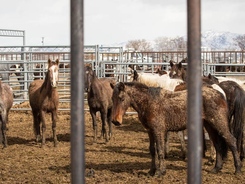 3 Out of 4 Americans Oppose Inhumane Helicopter Roundups of …