With President Obama signing the $1.1 trillion omnibus spending bill, the United States will continue to forbid the domestic slaughter of horses for human consumption. The language specifically bans the use of federal funding for inspections at such facilities, maintaining the de facto ban on domestic horse slaughter and saving taxpayer dollars, and thwarts efforts in at least three states to start killing horses on U.S. soil for export to foreign nations. 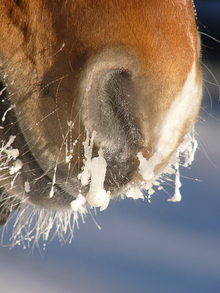 ”Americans do not eat horses, nor do they want them suffering in long-distance transport and in inhumane slaughter plants so they can end up on a foreign dinner plate.”.

Wayne Pacelle, president and CEO of The Humane Society of the United States, said: “Time and again, the North American horse slaughter industry has proved itself to be reckless when it comes to matters of food safety and animal welfare. Americans do not eat horses, nor do they want them suffering in long-distance transport and in inhumane slaughter plants so they can end up on a foreign dinner plate.”

Earlier this month, the European Commission decided to suspend horsemeat imports from Mexico due to food safety concerns. U.S. horses account for 87 percent of the horses slaughtered in Mexico for export to the EU and are regularly administered drugs and other substances over the course of their lives that are potentially toxic to humans.

A recent audit conducted by the EU also noted issues with inhumane treatment of American horses in holding pens on U.S. soil and during transport to slaughter.

The Humane Society of the United States and Humane Society Legislative Fund now call on Congress to pass legislation to ban horse slaughter outright, including the export of American horses for slaughter abroad. 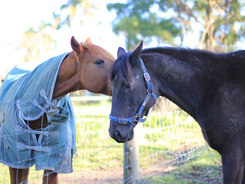