Bob Baffert, American horseracing’s best-known figure, has endorsed the Horseracing Integrity Act, a measure to ban race-day doping of horses in American racing. Baffert's endorsement was released in an essay published in the Washington Post.

Horseracing operates under an outdated, state-based, balkanized patchwork of medication rules that creates confusion and risk for owners, trainers, jockeys, and horses.
© 2018 by atthepaddock

Animal Wellness Action has been championing the measure that would ban the use of race-day medication in the sport, and create a uniform national standard and regulations for drug testing under the authority of the U.S. Anti-Doping Agency (USADA) that oversees Olympic testing, and is widely recognized as the world’s leader in eliminating medication abuse.

The endorsement comes on the heels of 27 federal indictments of horseracing industry insiders that came to light on Monday.

“Leaders in the horseracing industry and animal protection organizations have come together to stop the epidemic of race-day doping of horses, and seeing Bob Baffert added to the roster of endorsers juices our effort in the best way,” said Marty Irby, executive director at Animal Wellness Action, who testified before the U.S. House in support of the bill in January.

“The lives of horses are entrusted to us, and we must do what we can to stop the rash of breakdowns, injuries, and deaths of horses on America’s racetracks.”

"It is time for the horse-racing industry to unite in support of a national anti-doping regulatory system," said trainer Bob Baffert in the Washington Post. I invite all of my colleagues to join me in clearly asking Congress to pass the Horseracing Integrity Act.

This landmark legislation is backed by a broad base of industry players which range from the Jockey Club, The Stronach Group, The New York Racing Association, The Breeders’ Cup, Keeneland, and countless trainers, owners, and breeders invested in American horseracing.

Horseracing operates under an outdated, state-based, balkanized patchwork of medication rules that creates confusion and risk for owners, trainers, jockeys, and horses and contains gaps in rules and enforcement. The Horseracing Integrity Act would greatly improve regulatory standards, ban the use of all medications on race day, and level the playing field for everyone invested in horseracing. 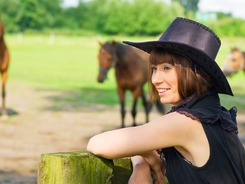