The U.S. House of Representatives passed the Great American Outdoors Act on Wednesday in a 310-107 vote. The U.S. Senate passed the bipartisan bill with amendments in June, approving the $2.8 billion plan to maintain and improve national parks and public lands in the States. 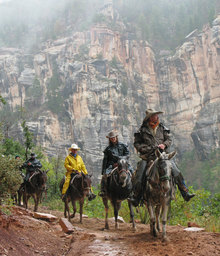 The Great American Outdoors Act will help to ensure both current and future generations can enjoy the pristine beauty of our natural resources in Maine and across the country.
© 2019 by National Park Service New window.

The bill was introduced by Rep. Jared Golden (D-Maine) and 11 other members of Congress in June and co-sponsored by Maine Sen. Susan Collins. It also included legislation from Sen. Angus King.

“Especially now that we’re in a pandemic, public lands have taken on new importance for many families in Maine,” Golden said in a statement Wednesday. “I was proud to introduce the Great American Outdoors Act with a bipartisan group of House colleagues to invest in our national parks and protect and expand public lands. With this bill’s overwhelming bipartisan passage through the House today, we are a step closer to finally fixing the maintenance backlog at Acadia and so many other national parks.”

“It’s probably the most significant conservation bill that’s been passed in the Congress in the last 50 years," King said previously about The Great American Outdoors Act. Following the bill's passage on Wednesday, King said the Act is "monumental" and will "shift the way we think about conservation."

“The Great American Outdoors Act will help to ensure both current and future generations can enjoy the pristine beauty of our natural resources in Maine and across the country,” Collins said in a statement.

“By providing guaranteed funding for LWCF, this legislation builds on our recent accomplishment of permanently reauthorizing our country’s most successful conservation and outdoor recreation program. Its funding has been used to open up key areas for hunting, fishing, and recreational access; support working forests and ranches; protect critical lands in national parks, national wildlife refuges, and national forests; and support state and local projects, from ball parks to recreation trails. It would also allow the National Park Service and other federal agencies to complete much-needed repairs and maintenance.”

On the House floor Wednesday, Speaker of the House Nancy Pelosi said, "In passing this legislation, Congress is ensuring that America lives up to its conservation promises as we finally permanently fund the land and water conservation fund at levels that were promised. [...] Permanently funding the [The Land and Water Conservation Fund] will ensure we preserve our natural heritage in an equitable manner to ensure all communities can benefit."

In response to the bill's passage on Wednesday, U.S. Secretary of the Interior David L. Bernhardt said, “In March, President Trump called on Congress to stop kicking the can down the road, fix the aging infrastructure at our national parks and permanently fund conservation projects through the Land and Water Conservation Fund. He accomplished what previous Presidents have failed to do for decades, despite their lip service commitment to funding public land improvements.”

The National Park Service says in 2019 it welcomed 327 million visitors to its parks across the country, which generated an economic impact of more than $41 billion and supported more than 340,000 jobs. The bill will help bring crucial upgrades and improvements for more than 5,500 miles of paved roads,17,000 miles of trails, and 24,000 buildings.

The bill will now head to the President's desk to be signed into law.

Press release from US Congress 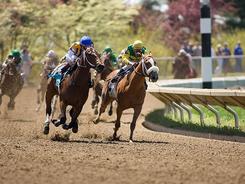