Bleeds, or exercise induced pulmonary hemorrhages (EIPH), affect the majority of horses during intense exercise, and Lasix or furosemide is often used to reduce or prevent bleeds in race horses. Over the years, a number of studies have been done to determine the benefits, if any, of the use of furosemide and also the downsides to its use. 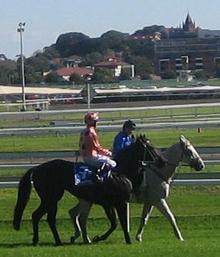 Most veterinarians, trainers, and horse owners have their own views on Lasix or furosemide, since research show conflicting results.

Lasix also known as furosemide is a potent loop diuretic that increases urine production and urinary frequency. Lasix has been administered to horses before races for the past 40 years as a way to reduce or prevent bleeds. Because Lasix reduces plasma volume and the effects last up to 2-4 hours, it is believed by many experts to reduce blood pressure in the lungs and prevent bleeds from occurring.

Despite the reduced blood pressure and plasma volume in furosemide treated horses, veterinary researchers at the University of Pennsylvania in one study stated, “Using a visual endoscopic scoring system, numerous studies conducted after racing have shown either a slight or no reduction in EIPH in horses administered furosemide before racing” .

An authoritative review by equine veterinary scientists Lawrence Soma and Cornelius Uboh published in the Journal of Veterinary Pharmacology and Therapeutics stated that the reduction in blood pressure in the lungs caused by Lasix is not sufficient in magnitude to prevent bleeds.

With respect to the improved racing times observed for horses on Lasix, the researchers suggested this benefit may be due to lower body weights of horses on Lasix rather than reduced bleeds.

The major side effect of all diuretics is the danger of dehydration and electrolyte imbalance. Of particular importance is potassium, which is lost in increased amounts in the urine. Furosemide may also cause decreased levels of blood calcium. Both of these electrolytes are important in normal functioning of heart and skeletal musculature.

Looking at another facet of the issue, a panel of expert veterinarians addressed the questions of calcium loss in horses as a result of the use of the anti-bleeding medication Lasix/Salix (furosemide), and the effectiveness of Lasix in treating exercise induced pulmonary hemorrhage at the National Horsemen's Winter Convention in Florida. The panel concluded that administration of Lasix has no adverse effects on horses and without doubt is effective in treating pulmonary bleeding.

Dr. Lawrence Bramlage of Kentucky’s Rood and Riddle Equine Hospitalsaid Lasix maintained that furosimide does not affect bone strength nor does it cause circulatory dehydration at usual pre-race doses; Bramlage said he favors Lasix use because of its effectiveness in lessening pulmonary bleeding during a race, though he is mindful of the political questions it creates.

Dr. Thomas Tobin, director of the University of Kentucky Graduate Center for Toxicology, followed with a toxicologist’s perspective. He concluded that Lasix was not likely to have any adverse effect because a single pre-race dose rapidly clears a horse’s system and its pharmacologic impact ends within an hour of administration. Tobin also stressed that unlike many other medications, Lasix is not metabolized by a horse.

Dr. Thomas Brokken, a racetrack veterinarian in Florida and past president of the American Association of Equine Practitioners (AAEP), rounded out the presentation by reporting in 43 years he has not seen any significant adverse effects other than an occasional allergic reaction to Lasix.

The panel also discussed whether Lasix improved a horse’s performance beyond that resulting from stemming internal bleeding. Dr. Bramlage said he thought it does because a horse loses approximately twenty pounds of fluid from the colon due to urination before a race. But when used in nearly all horses the effect would be similar in all participants and would produce a level playing field.

Most veterinarians, trainers, and horse owners have their own view on Lasix. Some research studies demonstrate that Lasix is effective for reducing bleeds, while other studies show conflicting results. In addition, questions remain about other effects of the medication on the horse's system.

Putting aside the debate and controversy, it is clear that Lasix does have an effect on the blood and the cardiovascular system of the horse and more research is needed to determine whether it is truly a benefit or a hindrance to horse health. 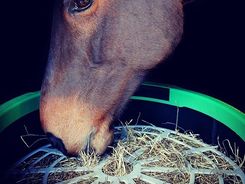 Ready to Live Your Best Life on Horseback …

Zoetis Adds Devices for Regenerative Therapy to Its Equine …

Equine Pastern Dermatitis - How Can Sox Make a Difference …