Embryo transfer is an assisted reproduction technique by which an embryo is transferred from a donor mare to the uterus of a recipient mare that will carry the pregnancy to term.

Embryo transfer has become almost commonplace in the equine industry, especially with the establishment of large recipient herds of mares throughout the country. The average cost of a foal produced from an embryo transfer, if both the stallion and mare are fertile, will range between $5,500 to $7,500. If a mare owner is to break even, the foal needs to be worth at least $10,000 to $12,000 as a weanling. 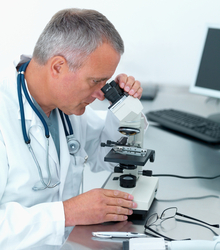 Costs have come way down as the annual number of equine AI procedures increases.

It is worthwhile to invest time and money in choosing optimal recipients, as it is a waste of time and resources to breed a donor mare, recover an embryo and then place it in the uterus of a mare that cannot carry a foal to term. All mares purchased with the purpose of becoming recipients for an embryo transfer program should have a complete breeding soundness exam.

Age is also important. It is more likely that a mature, but relatively young, mare 5 to 8 years old will be able to carry a foal to term.

Ideally, mares in a recipient program should be chosen in accordance to a body size similar or slightly larger than the breed size of the donor mare. Also, it is worthwhile to choose mares with good dispositions because they will be easier to handle and usually make better mothers.

A mare owner that wants to use embryo transplant, either as owner of a donor mare or a recipient mare, should discuss options with a veterinarian and then contact a facility with which to work in the future. A contract will be sent detailing specific costs, what will be covered, such as number of attempts, when the pregnant recipient needs to be picked up, if the recipient can be returned and the price that will be paid to the mare owner for returning the recipient mare.

Some facilities include 3 embryo flush attempts in their fee, after which the mare owner pays for each additional attempt. Once a contract is signed, a holding fee, usually $1,500, needs to be paid. The remainder of the fee is paid when the mare is pregnant.

The embryo is usually taken from the donor mare by uterine lavage at around 6 to 8 days after ovulation, with day 7 being the optimal retrieval time according to most veterinarians.

Advantages and Disadvantages of Embryo Transfer

Embryo transfer has a number of advantages for the donor mare, the recipient mare, and the horse owner.

Along with the advantages come some disadvantages:

Important choices that the owner of the recipient mare must make include:

The Process of Embryo Transfer

The technique is relatively simple, but adherence to management guidelines is essential for success.The donor mare is bred using proper veterinarian management. The mare should be palpated every 12 hours after she is bred to accurately determine the time of ovulation.

If a mare owner prefers to use his own recipient mares, it is best to monitor ovulation in three recipient mares for every transfer attempt. Three mares are needed because of the wide variation in the length of estrus, in the rate of follicular development and in the timing of ovulation. It is preferred that the recipient mare ovulates 12 to 48 hours after the donor.

Embryos are collected from the mare by uterine lavage using specialized fluids, usually 7 days after the mare has ovulated. The fluids are collected through tubing that is attached to a special cup containing a filter. The holes in the filter are small enough that the embryo cannot pass through.

The fluids that remain in the cup are searched using a microscope. Once an embryo is identified, it is aged and graded for quality and stage of development. It is then removed from wash fluids and placed in a dish containing transfer media.

The recipient is then readied for the transfer. The majority of embryos are placed into the recipient by a non-surgical technique using an embryo insemination gun that discharges the embryo into the uterus.

In some cases, owners of donor mares choose not to have embryo recipients as part of their plan. Instead, they collect the embryos, but then ship them to a referral facility that holds numerous recipients available for transfer at any given time. This avoids the hassles of purchasing, checking and maintaining recipients as well as the expense and work involved with synchronizing the complete protocol.

The drawbacks of this alternative are the risks involved with shipping an embryo, and also the pregnancy rates may be reduced slightly when an embryo is not transferred immediately after collection.

Shipped embryos are packaged in a sterile vial containing a commercial medium that is supplemented with fetal calf serum and antibiotics. The vial is placed in a 50-ml centrifuge tube and packed in an Equitainer for cooled shipment. It is shipped by airline or overnight courier service and transferred to the recipient mare as soon as it reaches the transfer facility, optimally within 24 hours.

The bottom line when considering working with embryo transfer requires that the horse owner: 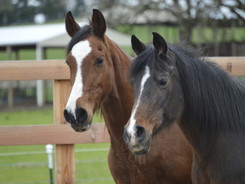 Before You Breed Your Horse - Considerations and Concerns

Parturition: The Birth of the Foal